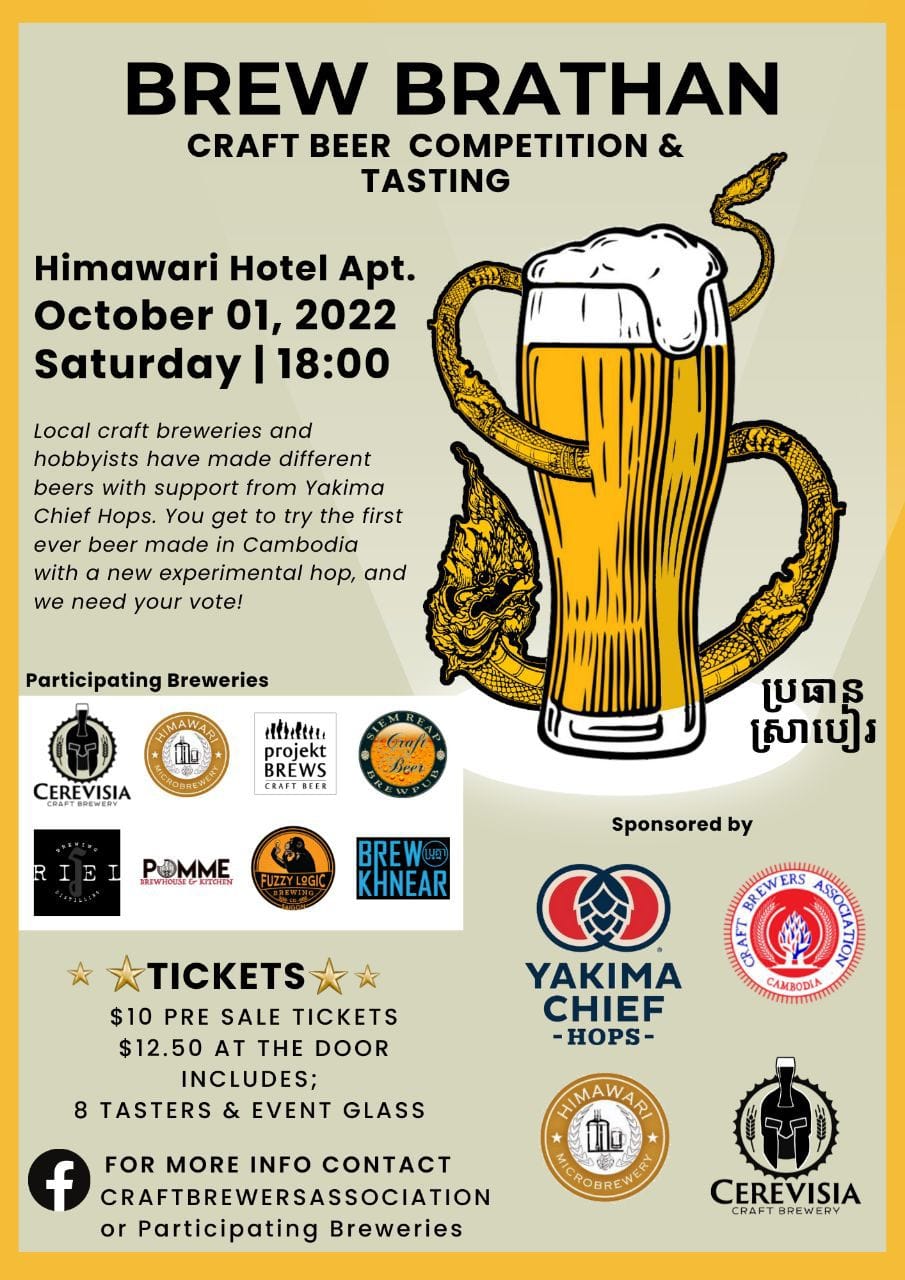 The 1st of October 2022 we had the honor of having an exciting craft beer competition in Phnom Penh. The competition was called Brew Brathan and it was hosted by Craft Brewers Association of Cambodia and Yakima Chief Hops at Himawari Hotels.

If you haven´t heard of Yakima Chief Hops before, it´s one of the most popular hop companies in the world. Located in the Yakima Valley, YCH as they are called, is a 100% grower-owned hop supplier. The original group was founded in 1988 but they have been operating under the current name since 2018. Many of the local Cambodian craft brewers are using their hops so you have most likely also had some YCH hops in your beers.

What was the competition about?

Yakima Chief Hops had given 1 hop variety to all the competing brewers. It is an experimental hop and all the brewers had free hands to brew a beer with it. There were no limitations on style.

There was a jury that had gathered 4 hours before the actual event started. They tasted 20 beers from 11 different breweries so they must have had a blast!

So who were the winners at Brew Brathan?

There were actually a few different winners at the event. Craft beer competition are usually sorted by style but Brew Brathan wasn´t. It was mainly a freestyle brewing competition where the brewers got the chance to be as creative as possible.

Let us first start with the brewers that were present:

And here are the winners:

We would also mention that the relatively new brewer Notorious Bong were the runner-up for the crowd´s favorite.

Congratulations to the lucky winners. We really hope that we will see more competitions and events like this in the near future.