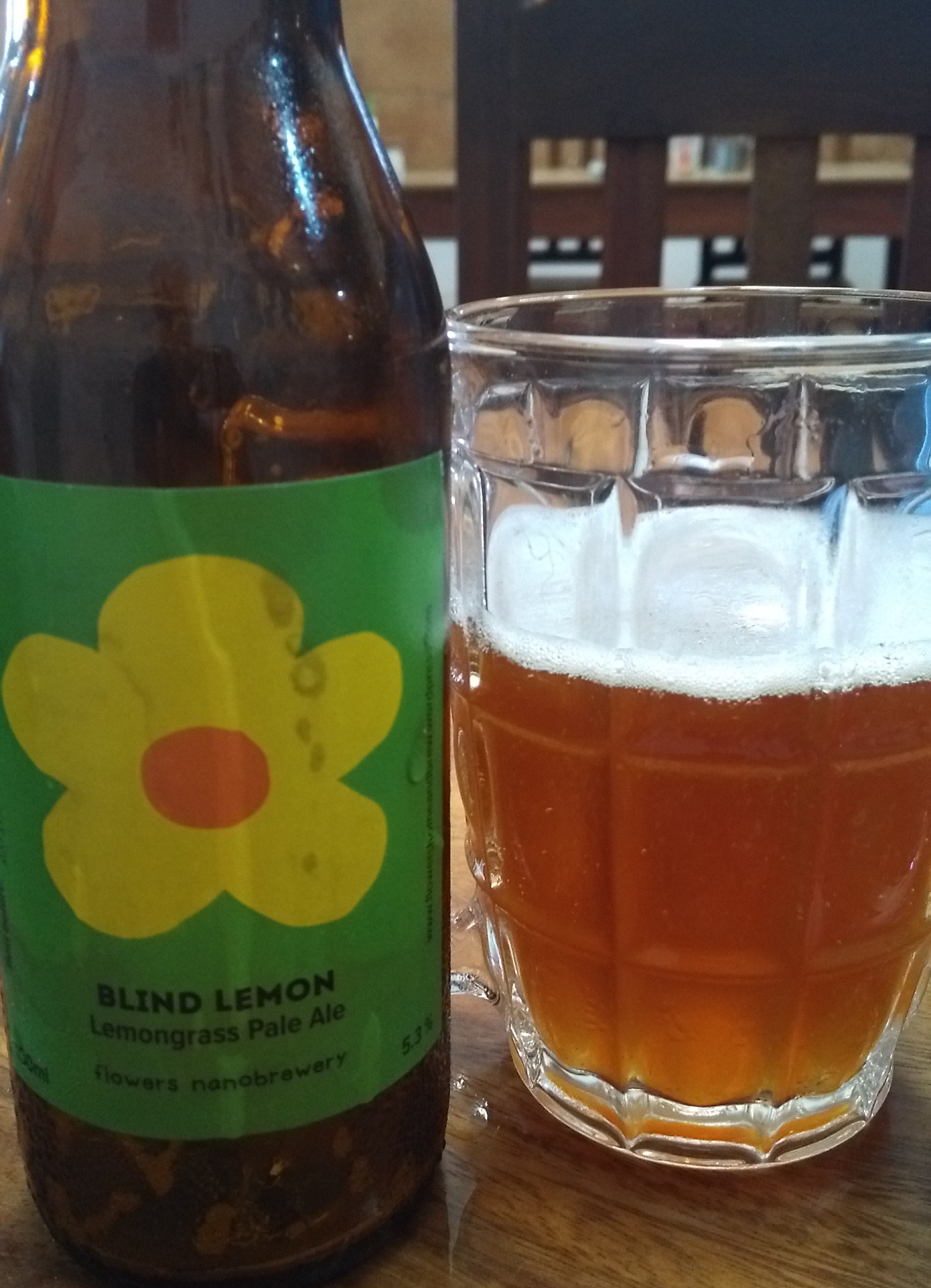 Compared to neighbouring Thailand the selection of Cambodian craft beers is not that impressive. Because of this reason I was very happy to find beers from this small nanobrewery in Kampot, Cambodia. The Espresso Coffee Roasters had two beers from Flowers on offer, one was the Blind Lemon Lemongrass Pale ale and the other one was the Duck Walk IPA.

If you didn’t realise, the bottle designs are really nice.

The beer pours with a not so impressive head that disappears very fast. A slight scent of lemongrass in the aroma and also some floral hops. The flavour is something of a weird floral mixture, which in combination with its light body makes it a not so great beer.

The beer is brewed by the Japanese sushi chef and nanobrewer Yuki, in his home, in the small Cambodian town of Kampot. Being the first purely Cambodian craft beer I tried I have to say it was not a very impressive one.

However, people have different tastes and if you want to try some Cambodian Craft Beer while in Kampot, you can find this beer around town in places like Mad Monkey Hostel, Brewski and Espresso Coffee Roasters.

I definitely enjoyed the Duck Walk IPA more, and Flowers Nanonbrewery also has a wheat porter which I still haven’t had the chance to try.

I tried his beers again a year later and liked them a lot more. You can read about it here.