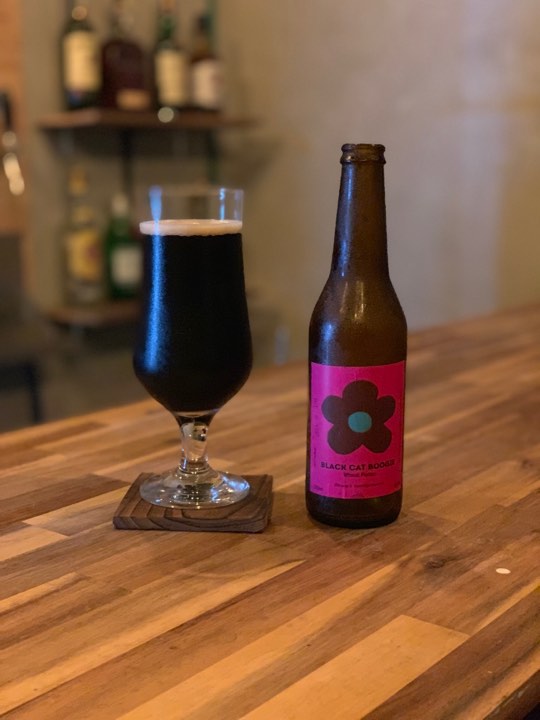 The previous time I had beers from Flowers Nanobrewery in Kampot was about a year ago. At that time I wasn’t really impressed with the beers. I’m not sure if I had gotten an infected beer or if the Japanese Brewer Yuki just has gotten a lot better at brewing lately.

I recently got my hands on much of the range of this interesting Cambodian Craft Beer, and I was pleasantly surprised. Let me explain some of the impressions I had. 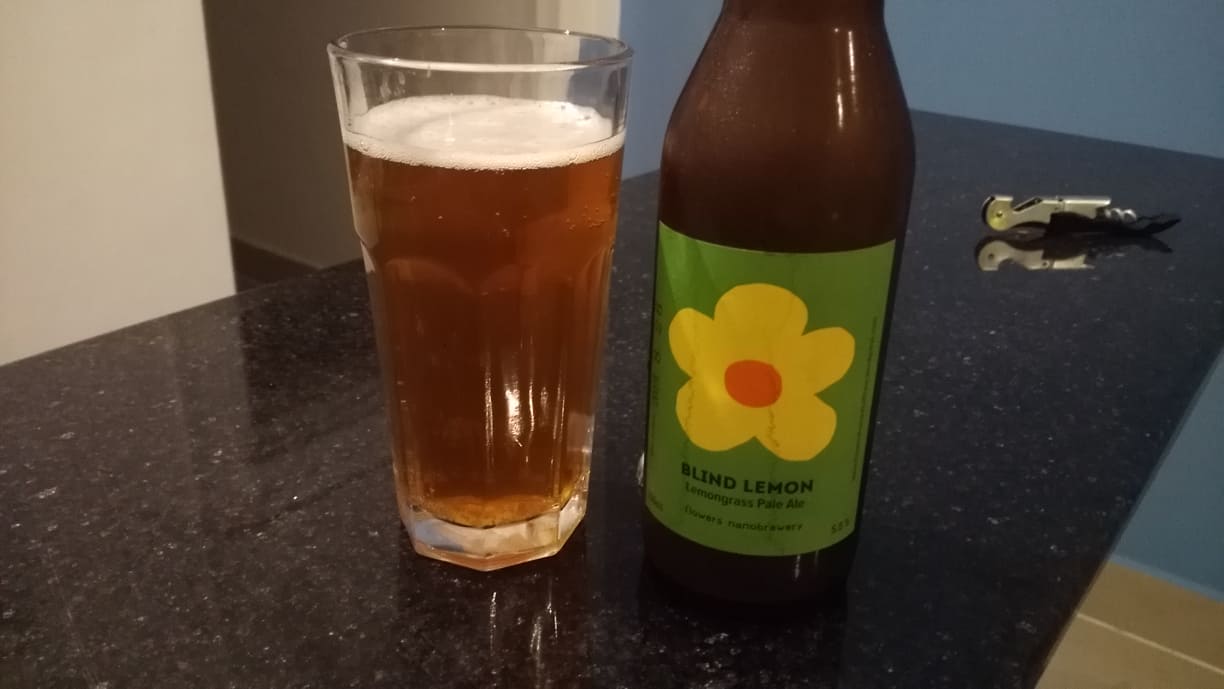 The first beer I had was the Lemongrass Pale Ale. The lemongrass is quite big on this one and so are the hops. I almost thought it was an IPA. It’s not one of the easily drunk Pale Ales, it instead has a lot of flavour and bitterness. Very little head when poured.

It feels like the hops are more British than American. The aroma is not very heavy, but the flavour is. It’s also a very bitter beer for a Pale Ale, and the bitterness lingers for a substantial amount of time.

The ABV is 5.5%, it’s a bit heavier in the mouthfeel but it complements the bitterness and the ABV in a perfect way. For being the first beer from Flowers Nanobrewery since my last disappointment it was a pleasant surprise!

The second beer I had was the Wheat Porter. As the name states, it’s a porter made partially of wheat. It also has all the typical characteristics of a porter, nutty and chocolatey, but with the crispiness that comes with brewing with wheat. There’s not really much I’m missing in this beer, it surely is one of the best porters in Cambodia. The ABV is 5.0%. 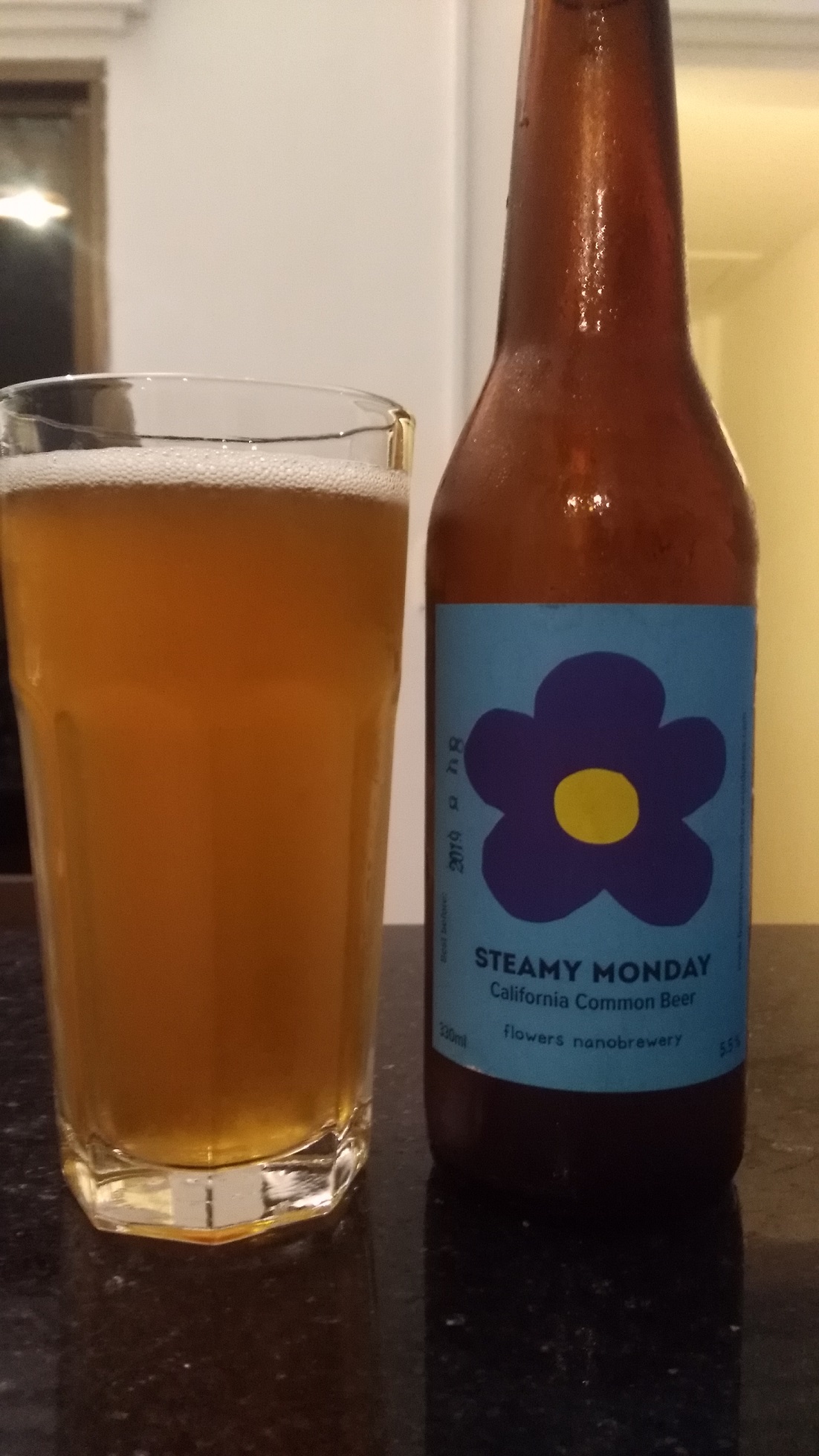 Steamy Monday is an incredibly smooth California Common Beer or Steam Beer as the style also is called. A Steam Beer is a beer brewed with a lager yeast that works with higher temperatures, temperatures that ales usually are brewed in. I really enjoyed this beer. It’s just hoppy enough but still very easy to drink. A slightly piney flavour. The ABV is 5.3%. 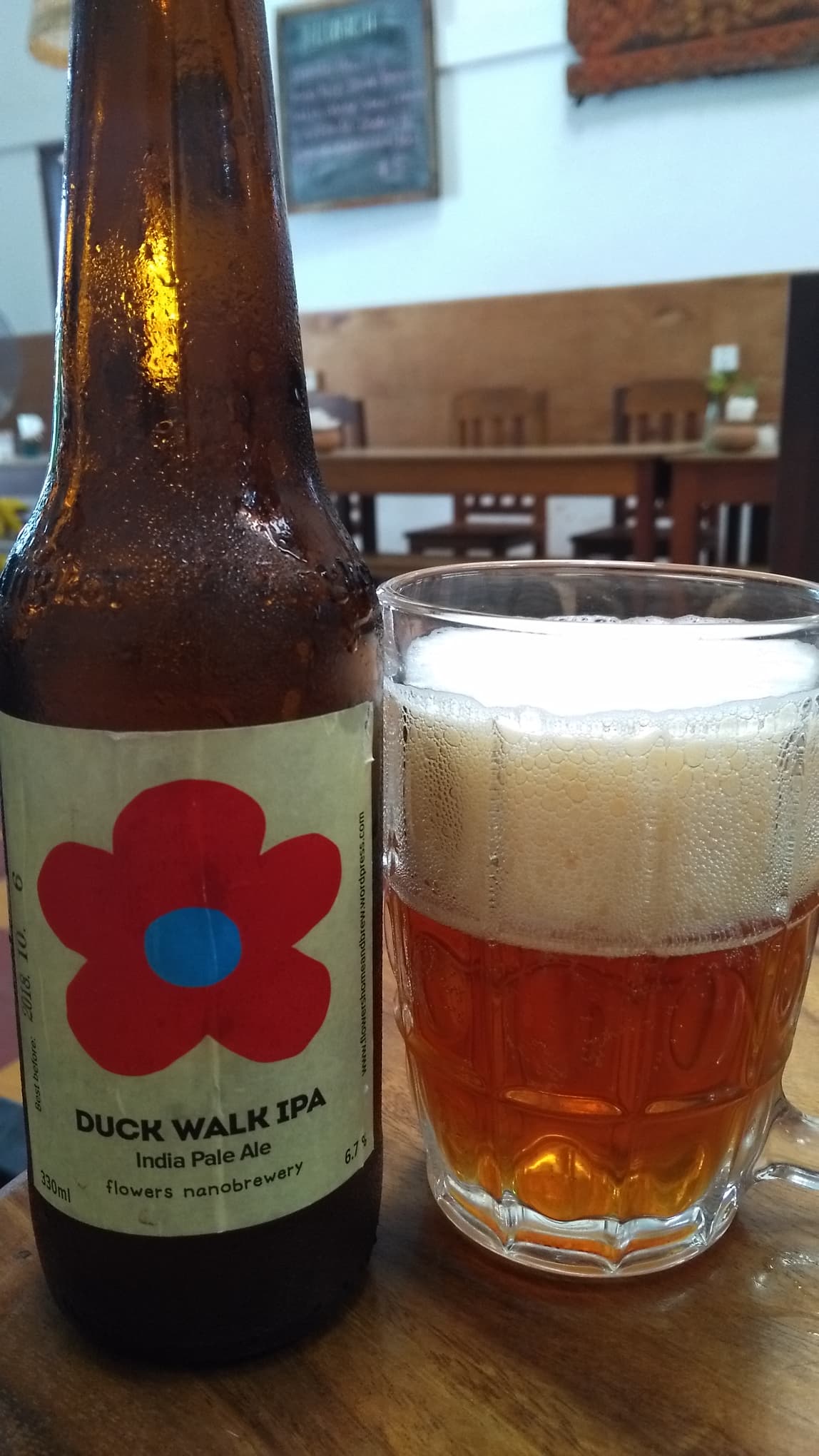 Not much head on this one, but might be that my pouring skills are a bit off. Plenty of speciality malts which gives the beer a very dark colour. The aroma is very tropical, possibly some Cascade hops that have been used here.

Mouthfeel is heavy enough to balance with the heavy hops and caramel flavours from the roasted malts. A relatively long-lasting bitterness can be tasted which is to be expected from most IPA’s. Overall it’s a pretty good IPA, although I prefer them a bit less sweet. ABV 6.7% and IBU.

Flowers Nanobrewery has gotten a million times better since I tried their beers the previous time. Whereas their beers in 2018 were almost appalling, now the beers are a perfect addition to the Cambodian Craft Beer scene. To be fair their beers are some of the best craft beers to be had in Cambodia. Great job and looking forward to trying more of them soon!

If you’re looking for this Craft Beer in Phnom Penh you can find it at Embargo Craft Beer Bar.