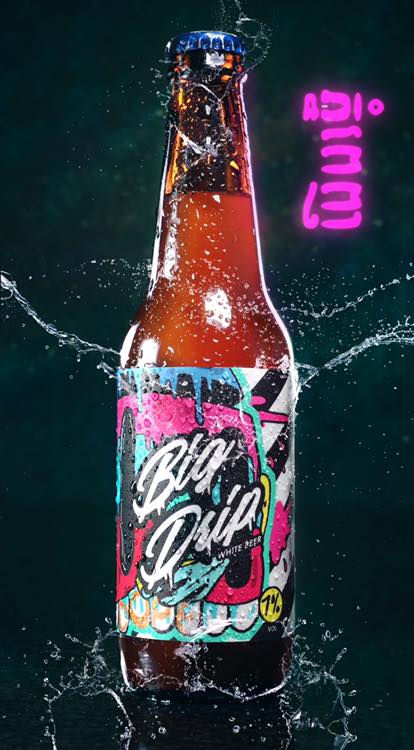 Hypelab, that has been one of the main players in the Phnom Penh nightlife for a while now, has released their first own beer. This beer is called the Big Drip and it’s a Wheat Beer with an ABV of 7%.

The Big Drip is fairly strong for a Wheat Beer but that’s great, isn’t it? You get the crispiness of the wheat, but with some hints of fruity flavours like orange and pear. Not only is it one of the better wheat beers in Cambodia, it also has a neat looking design that resonates with the hip and artsy vibe of Hypelab.

The bottle design is made by artist Mariune, the guy behind The Art Bar and the mural at Embargo Craft Beer Bar.

According to Jay Boyd that is one of the main guys behind the beer the Big Drip is a beer they wanted to be enjoyed across the spectrum. “With my knowledge in the brewing industry, I felt a white is the perfect way to user the youth into craft selections. Our following is mainly a younger crowd who are used to Cambodia Beer so we saw this as an opportunity to give them a taste of something new that wasn’t too surprising, “ says Boyd, also known as Premo in the Phnom Penh nightlife scene.

Hypelab is a collective of artists that have been doing pop-up shows in Phnom Penh at least since 2018. Many of the best DJ’s and artists in Cambodia join these events.

The release of the beer was the 18th of September at HypeLab Popup at Bong The Gallery. Currently it can be found at the following locations: