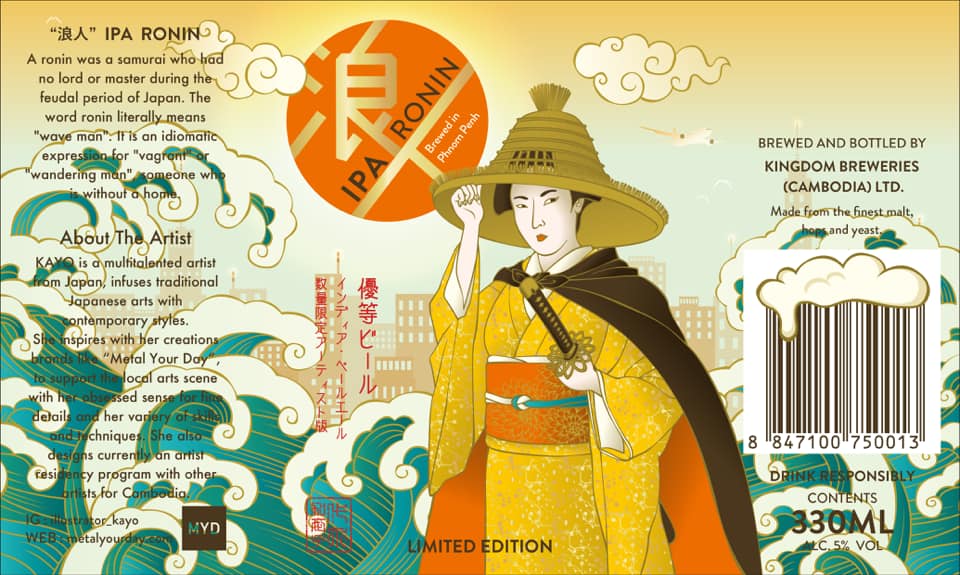 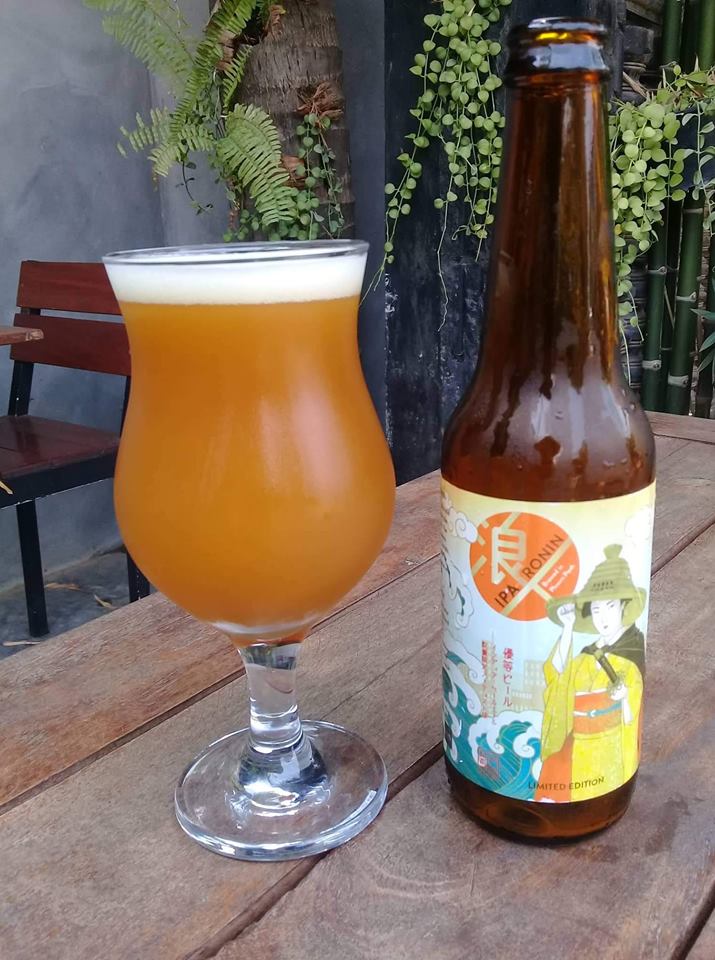 This beer is not bad, it actually gets a few more points than Kingdom’s flagship IPA. I, however, had it in both a bottle and on draft and the product was very different, so I have no idea which one is more in line with the intentions of the real product.

Anyways, the draft version is hazy as hell, pours well and looks very much like something that could be Cambodia’s first New England IPA. The aroma is heavily tropical and so is the flavour. It has been said that apricot and cherry blossom are the flavours that stand out the most. The main hop that has been used is the Australian hop Galaxy

. My only problem with this beer is that it doesn’t really have the ABV or malt bill to back up the heavy hops. If it would have had more maltiness and an ABV of maybe 7 or 8% it would have been fantastic.

As for now, it’s still a decent beer and kind of a style that previously has not been seen in the Cambodian Craft Beer scene. Definitely something to check out. We’re not sure if they will continue producing this beer but we enjoy them bringing the city some exotic one-offs.

You can find this Craft Beer Penh at the following locations: Cloud, Ege Bar, Le Marché & 5 Drunk Men or at one of the craft beer bars in Phnom Penh.

From what I’ve seen, the draft has been around $3 a glass and $4 for the bottles. These prices might of course vary depending on the venue.