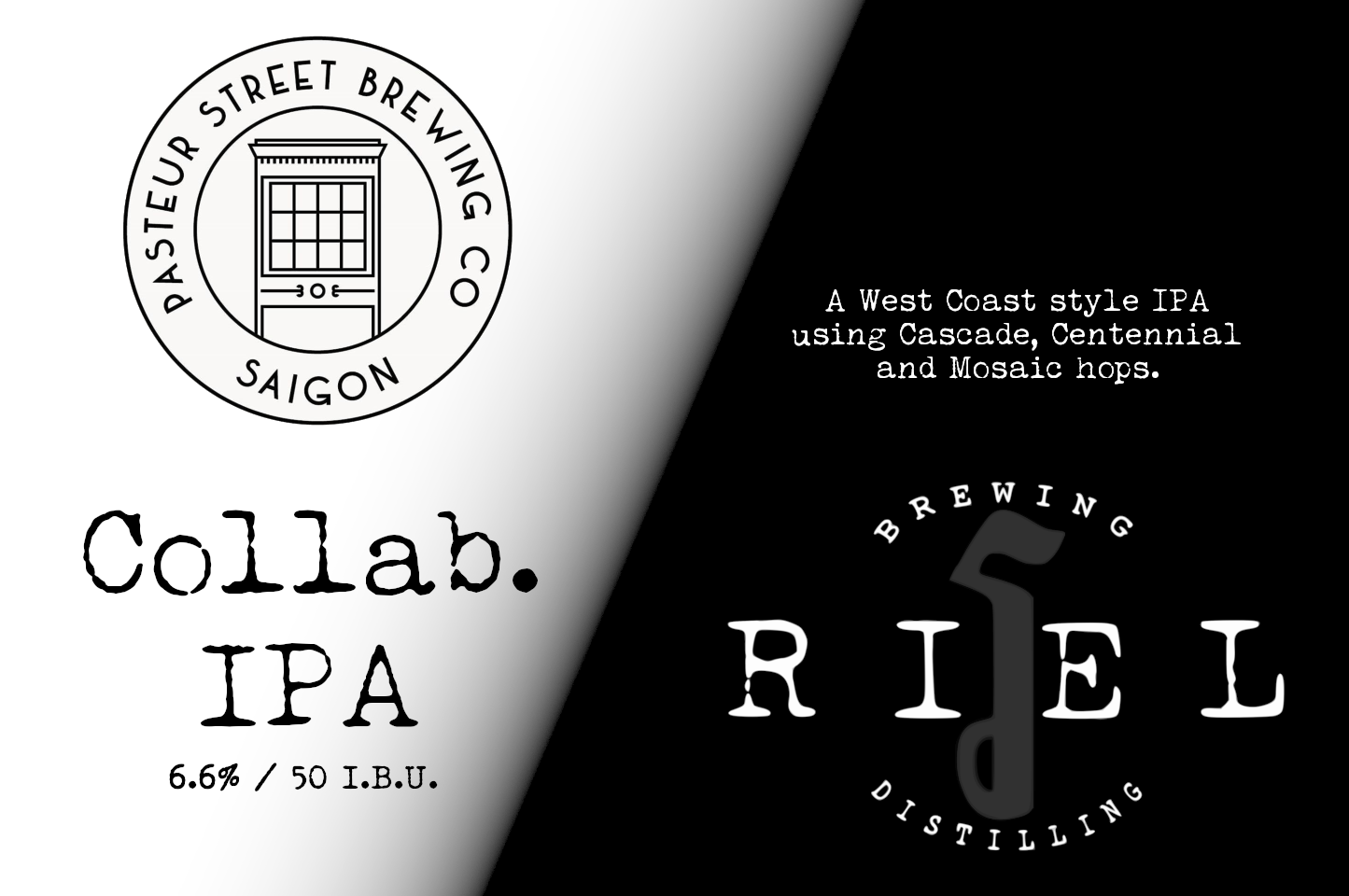 The story started simply by the Riel Brewing guys knowing Mischa Smith, the brand ambassador of Pasteur Street Brewing Company. During some talks, Mischa came up with the idea of making a collaboration beer so he put Riel in contact with their trade brewmaster Andrew Brunson.

They scheduled a couple of brewing days in the end of 2019 and the 4th of January you could finally find the Collab IPA at the Riel Taproom. From the 5th the beer has also been served at Embargo Craft Beer Bar.

What’s the inspiration for the beer?

Cambodian Craft Beers talked to Andrew Strugnell, brewer at Riel Brewing, to get some more insight into why a West Coast IPA.

“Pasteur Street Brewing’s Andrew has a position in the company in which most of his time goes to very experimental beers. This beer was an opportunity for us to get back to basics with a relatively classic style with some of the most popular hops there is. We have used Cascade, Centennial, and Cryo Mosaic hops. This has resulted in a beer with notes of tropical fruit aroma and a bitter yet smooth finish.“

Who is Pasteur Street Brewing?

Pasteur Street Brewing Company is one of the most popular brewers in the craft beer scene in Vietnam. The brewery started in 2014 and has seen a rapid increase in popularity since then. They have created more than 200 different beers and currently have 6 taprooms all over Vietnam. Their vision is to brew American style craft beers using fresh and exotic ingredients from Vietnam.

There was only a batch of a few hundred litres brewed of the Collab IPA and the majority of that has been presold. That’s why you need to get your hands on it as fast as possible because we’re not talking months until it runs out, we’re talking days.