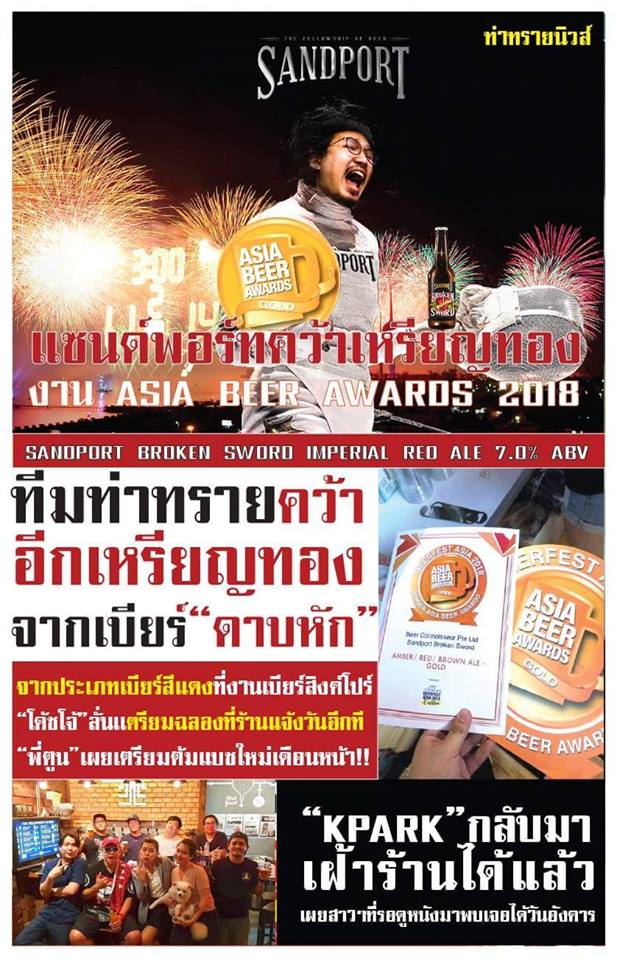 It has been an interesting week for the Cambodian craft bar scene. First Cerevisia Craft Brewery got featured in National Geographic’s Atlas of Beer, then Sandport Beer won a gold medal in Asia Beer Awards for their Broken Sword Imperial Red Ale (Amber Ale).

You might be wondering why I’m talking about Sandport here, which is actually a Thai craft beer, not a Cambodian one. Well, Sandport is brewing many of their beers at Phnom Penh’s one and only, Kingdom Breweries. Apart from that, I’m also very into the Thai Craft beer scene and I think that the future will bring plenty of cooperation between the Thai and the Cambodian craft beer brewers.

Cerevisia & The Atlas of Beer 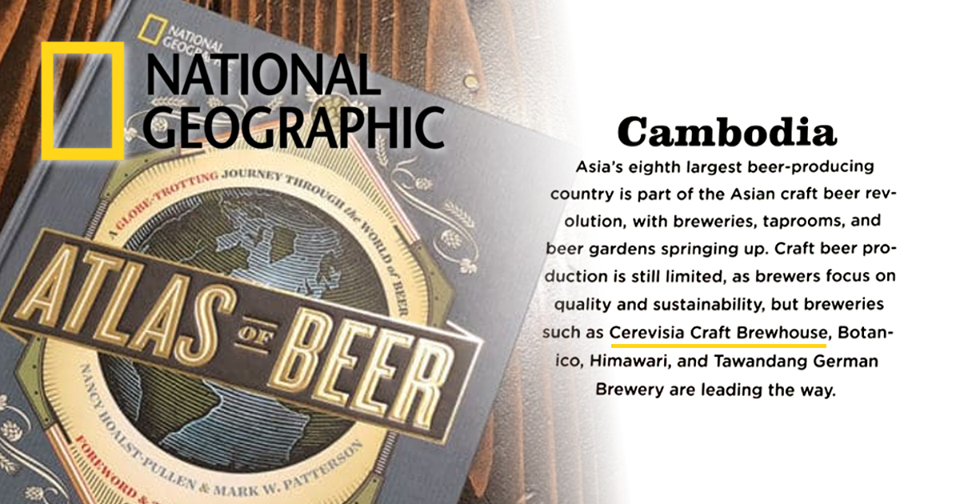 I’m not really sure about the history of National Geographic’s Atlas of Beer, it seems, however, that it first appeared in 2017. Basically, it’s listing great venues, breweries, and important people in the Asian craft beer scene, and on top of that, telling some interesting stories about them.

In the latest edition, Cerevisia and a few other Cambodian craft beer pioneers were listed. The story went something like this:

“Asia’s eight largest beer-producing country is part of the Asian craft beer revolution, with breweries, taprooms, and beer gardens springing up. Craft beer production is still limited, as brewers focus on quality and sustainability, but breweries such as Cerevisia Craft Brewhouse, Botanico, Himawari, and Tawandang German Brewery are leading the way.”

Pretty cool huh? If you have any idea regarding which 7 countries are larger beer producers than Cambodia, please leave a comment in the comment section.

Sandport is actually a Thai Craft Beer Brewery that started in 2014. There are over a dozen brewers behind their spectacular beers, which kind of makes the old saying “too many cooks spoil the broth” invalid. Sandport has a great reputation with Southeast Asian Craft Brewers, and sometimes they feel like a Behemoth that is stopped by no one.

Recently, they’ve been making rounds in the Bangkok craft beer scene by serving their prototypes in their bar The Fellowship of Beer by Sandport. Basically, they are first serving customers of their bar plenty of prototypes, and later they are producing these on a bigger scale, often in cooperation with Kingdom Breweries from Cambodia.

Anyways, at the Asia Beer Awards 2018, Sandport Beer managed to grab a gold medal for their Broken Sword Imperial Red Ale. Unfortunately, we don’t have any information about other winners in this competition. We also do not know if any bars in Phnom Penh serve this beer, if you know of a place, please let us know.

If you want to learn more about Craft Beer in Cambodia visit the main page of our blog.