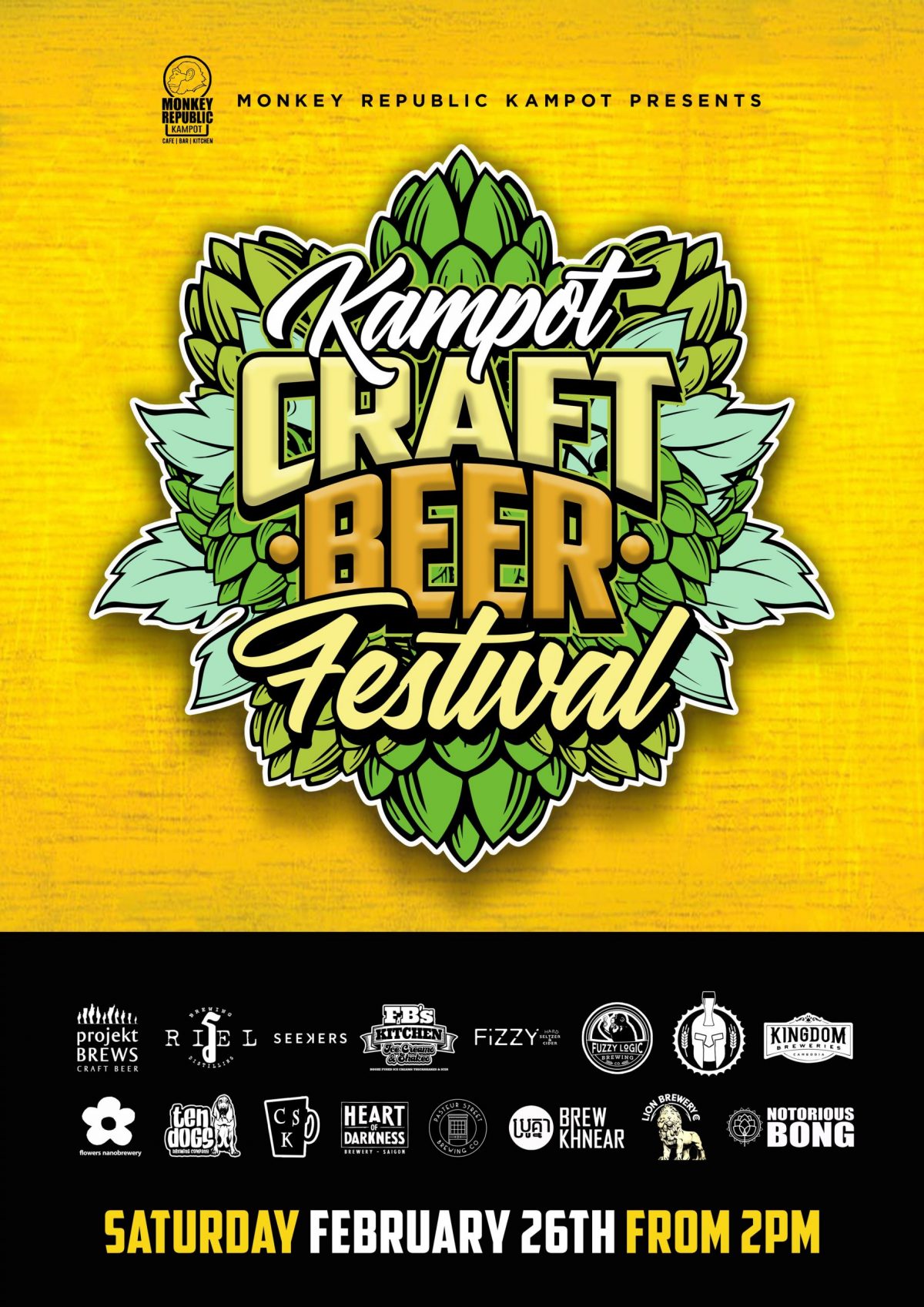 It´s about 1 year ago since we did an interview with Slava that was the organizer of the Craft Beer festival in Kampot 2021. Now the time has come again for a new festival that will be held at Monkey Republic the 26th of February 2022. We decided to have another chat with Slava to see what the plans are for this year´s craft beer festival.

Second craft beer festival at Monkey Republic is coming up, how are the feelings?

Very excited! Many people were asking to host a next one, so it’s also very good to know that people enjoyed it last year and are looking forward to the continuous events!

You said last time that this year the festival will be bigger and better. How many people did you get in last time and do you think we will get a larger attendance this year?

We´re definitely in the right direction to make it bigger, more people/companies were asking to participate. It seems that brewers are making extra effort to get more beers ready, more flavours, more interesting beer types.

If last time we got 9 different companies, this year it will be 12! Unfortunately, not every business of last year’s festival could survive the pandemic, but it’s also good to see that there are new players on the scene!

We could not have a proper count of people last year, but the estimated number was around ~200-250 unique visitors.

Now that borders are open and travelling is easier, and we´ve seen an influx of travellers in the last 8 weeks, we are definitely hoping for a larger attendance!

What will be different from last year?

This year we also try to outsource part of the food menu, to get Kampot based restaurants involved and also make it more interesting this way – it will be famous authentic Chinese dumplings from Miss Saucy’s kitchen. If this works well, for the next beer festival we will try to get a few different food stalls from outside involved.

Last year there was some comedy on offer, what entertainment is available this year?

This year we have a different music program – two DJs with amazing 100% vinyl sets, followed by chilled melodic house.

After sunset, we have scheduled an MC/rap set by Ramsey J Judson, and the finishing music program with an amazing band of three (of which it will also be their final show as this project) – Uncomfortably White Brothers.

Yes! There are quite a few actually this year. Those are: Fizzy Seltzers from PP, locally Kampot based Notorious Bong brewery which was set up just a couple of months ago, and also Brew Khnear from SR.

How has 2021 been for the Kampot craft beer scene?

It’s good to see that the craft beer scene is growing in Kampot, and also Cambodia overall.

In my vision, the past two years were very critical for all, but people (Kampot based brewers I mean) have stepped up their game, changed something, and are now delivering amazing products.

For the consumer – I see many more people now who are interested in trying different styles and flavours.

Last year you replied that your own relationship to craft beer is pretty simple – you like new flavours and like to try different beers and if you drink one, you like new things and tastes. What´s your current favourite style?

I started to like sours a lot – it’s very refreshing, perfect for a cheeky lunch beer, especially on a hot day.

And are there any beer styles you think that are missing from the Cambodian craft beer brewers?

I wish there were more crisp blonde ales, and maybe Kölsh styles.

What has been your favourite Cambodian craft beer during 2021?

My two personal favourites are both from Kampot based “Projekt Brews” – Fruit Sour, and Brown Ale.

Now that it seems that COVID is having a lesser effect on all our lives, how do you think the craft beer scene in Cambodia will develop from this?

The Cambodian craft beer scene will only go up, 100%!

I hear more bars & restaurants are interested in having craft beers tap, and more people are opening breweries or micro-breweries. And hopefully with more visitors to Cambodia also more beer flavours will develop. It all looks very bright and positive!

See you at the Kampot Craft Beer Festival at Monkey Republic Kampot on February 26!